S.A.V.E. Me from the Classics: Dissecting Anime's Greatest Hits

Let’s face it: capitalism sucks. Like, really sucks. It’s such an easy system to exploit and has made many people’s lives miserable. It’s petty in more ways than one, creates an uneasy disparity between the rich and the poor and leads to a lot of corruption. And yet, it’s still the system by which many of us, myself included, get by on a daily basis. Go figure!

I bring this up because, horrible though it may be, there’s almost a poetically-democratic component to capitalism that I somewhat admire. Something nice catches your eye? Go out and buy it, maybe tell your friends too! Want more of something? Go out and buy it in droves! And if you don’t like it, don’t buy it!

A while back, an Infinite Rainy Day writer, one who no longer writes for the site, decided to dissect FUNimation Entertainment’s S.A.V.E. VS Classics system. I recommend checking out the article, but one part struck home with me in particular:


“I would say that 80% of the time, FUNi gets it right, however the other 20% they do have some problems in determining which goes where.”

I mention this point specifically because, quite frankly, I don’t agree with it. I think the S.A.V.E. and Classics system is incredibly democratic, and here’s why:

Firstly, let’s try and understand why the labels exist. Looking at what the two terms imply, we already get a sense of what they offer: S.A.V.E. labels are given to those titles that may have sold decently, but not wonderfully. The key is pretty much in the name: when you save something, it means that you’re rescuing it. In the case of finance, saving means not having to pay the regular price. 20% off, for example, means that you’re paying 20% less the original price of the item in question, hence you’re “saving” money. So when you put S.A.V.E. on an anime series, the implication is that you’re getting a reduced price for something that may not be worth selling at full cost. 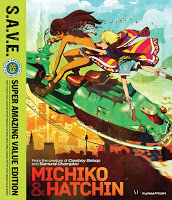 On the other hand, Classics is straight-forward: the title either sold wonderfully because people liked it, or because it was appealing. Like S.A.V.E., the Classics line is discounted, except this time the profit margins justify the reduced price. Shows that fit the criteria of Classics are based on one or both criteria, irrespective of actual quality. You can argue semantics all you want, but it’s irrelevant at the end of the day. Because it’s still deemed as a classic in the eyes of the public, and they’re what really matters.

This isn’t a bad idea in principle; after all, FUNimation’s a business. Like their selection of anime per season, their packaging of titles is meant to make money. Anime distributing is a costly service for minimal reward, so sooner or later they must make a profit margin. If the anime in question isn’t doing it for them financially, yet it has a fan-base, it goes to S.A.V.E. If it’s exceeding expectations and there’s room for financial risk, it goes to Classics. In the end, it’s all about the money.

Besides, FUNimation’s not the only company that’s done this. Bandai Entertainment, may they rest in peace, had a system called “Anime Legends”. Sentai Filmworks has a system called “Sentai Selects”. Both systems work similarly to FUNimation’s Classics approach, which’d make sense given that they’ve acquired titles that’ve gained immensely popularity over the years. Even going by video games, Sony has their “Greatest Hits” line for the Playstation series of consoles, while Nintendo has had both “Player’s Choice” and “Nintendo Selects” during their history. The concept of a special achievement based on sales and/or popularity isn’t new, and in many ways it’s actually logical. 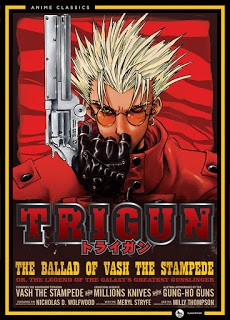 I guess the problem, like the article has stated, is that the names themselves are misleading. I understand why titles fit into them, as I stated above, but the way they’re advertised leads one to believe that there’s objectivity to them: a S.A.V.E. title must be a crappy cult-favourite, while something under Classics is a masterpiece. Anyone with a grasp of how art functions will know that’s not true, but to the ignorant or uninitiated it’s a problem. It’s not unlike how novice anime fans assume that everything Studio Ghibli-related was directed by Hayao Miyazaki, when a good look at many of the DVD spines would state otherwise. It’s all about marketing, and the marketing isn’t the best.

So what do I suggest be done? Perhaps the names S.A.V.E. and Classics should be changed to something that better reflects what they’re about. I’d make S.A.V.E. something along the lines of “Cult FUNi’s” and Classics into “FUNi’s Hits”, although I’m not sure if that’s as catchy. Also, and this has little to do with the titles, people need to do some research beforehand. Anime has a lot of gems and trash scattered throughout its many decades, and the uninitiated shouldn’t be afraid to ask if discerning between the two is daunting. Alternatively, look it up! The internet’s a great tool for research, contrary to what your pornographic search history would suggest, so when in doubt…Google it. I promise, it won’t bite.

But ultimately, the real issue is that of marketing and not mislabelling. Because FUNimation knows exactly what they’re doing when they label Master of Martial Hearts a Classics title. Does it suck? Yes. Could it be done better? Again, yes. But that’s the democracy of capitalism for you! The people spoke with their wallets, and-unlike global politics-seeing your favourite anime be labelled as a S.A.V.E. title isn’t the end of the world. 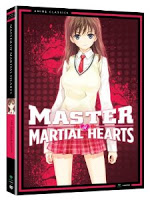 I do, however, agree that having Master of Martial Hearts as a Classics title is somewhat disturbing. Seriously, what’s wrong with people?!
Labels: Columns 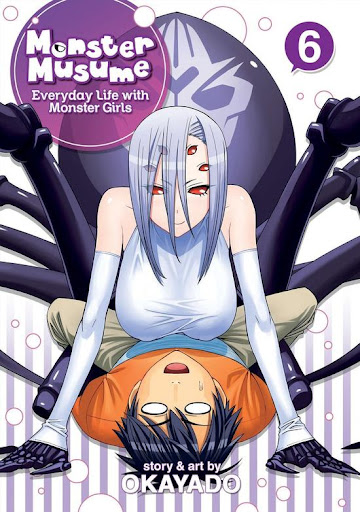